Are you an investor with a recent realized gain? You may want to evaluate the risks and benefits of investing the gain in a Qualified Opportunity Zone (QOZ). Introduced as part of the Tax Cuts and Jobs Act of 2017, opportunity zones offer tax breaks to real estate investors who make long-term investments in low income census tracks.

The COVID-19 pandemic has left millions sheltered in place, which has subsequently wreaked havoc on the economy. Now, more than ever, investors may want to look towards more long-term investments. In this blog, Old Republic Title provides you with an overview of long-term investments through the Qualified Opportunity Zone program and the recent updates that have been made to Opportunity Zones.

Regardless of the size, complexity or geographic diversity of property in your transactions, National Commercial Title Services (NCTS) has the expertise and national footprint to meet your business needs. Your highly experienced and responsive NCTS team provides the full suite of specialized products and services required to ensure the success of your commercial real estate transactions. You also benefit from our single point of contact, providing you with streamlined delivery of the title insurance and related services you need nationwide, including: 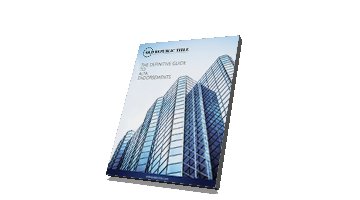 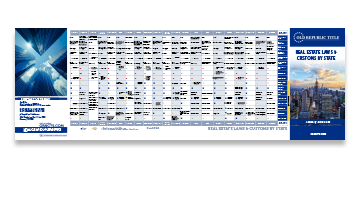 Comprehensive resource for nationwide real estate laws and customs by state. Fill out the linked contact form to download now. 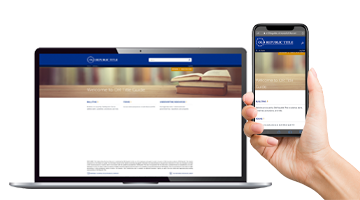 How Can We Help?

Mike serves as Executive Vice President, Old Republic National Title Insurance Company (ORNTIC) and President, National Commercial Title Services Division (NCTS). In this role, he provides commercial underwriting services to the Company on a national basis, while growing and developing ORNTIC’s national commercial footprint. He is a member of the Company’s Executive Leadership Team, and is based in Tampa, Florida.

Mike began working in the title and real estate industries more than 40 years ago. During his career he has held a number of significant legal and management roles within the title industry, including: General Counsel, Chief Legal Officer and President of one of the major national underwriters; as well as playing a prominent role in their international expansion in Canada, the United Kingdom, Eastern Europe and Latin America. Prior to joining Old Republic Title in 2013, Mike served as Executive Vice President, Chief Legal and Legislative Officer for a national electronic registry of mortgage loan servicing rights and ownership for the lending industry.

As Senior Vice President and Associate Director of National Commercial Title Services (NCTS), David was hired by Old Republic National Title Insurance Company (ORNTIC) in 2013 to help lead the effort to grow national commercial business. He has over 30 years of experience in various title insurance and other industry leadership roles.

Prior to joining Old Republic Title, David served as Senior Vice President and Associate National Commercial Division Director for another major title insurance underwriter which grew fourfold during his tenure. Earlier in his career, David held CFO positions at two companies as well as other title insurance industry positions.

Prior to joining NCTS, Kathy served for 16 years as Vice President, Administrative Operations Director for the national division of a global title insurance and real estate services company. During her tenure the division realized extensive growth in operations and financial performance. In addition, Kathy has previously led the Contracts and Sales Administration departments of a software development firm, and most recently held the position of Human Resources Manager-North America for a global oil and gas offshore services company.

Susan is a member of the Florida Bar and is actively involved in its Real Property Probate and Trust Law Section (RPPTL), where she participates in the Commercial Real Estate and Title Insurance Committees. She served as a member of the RPPTL Executive Council and was an At Large Member for the 13th Judicial Circuit. Susan earned the honor of At Large Member of the Year for 2018-2019. She is a graduate of Stetson College of Law and has spoken at various seminars on title insurance, commercial real estate transactions and construction liens.

Wilhelmina is a Senior Vice President, Old Republic National Title Insurance Company (ORNTIC) and General Counsel for National Commercial Title Services (NCTS), providing legal counsel for NCTS and its commercial transactions. She brings over 25 years of experience as a commercial real estate attorney and underwriter to the NCTS team.

Wilhelmina joined Old Republic Title as Florida Commercial Underwriting Counsel in 2009 and was a Senior National Underwriting Counsel in the Corporate Legal Department before joining the NCTS division. Prior to joining the Company, she was a partner for one of the largest international law firms in the world, concentrating her practice in real estate acquisitions, sales and development, and commercial lending.

Trish is a graduate of New England Law in Boston and holds a Bachelor of Science degree in Business Administration/Accounting from the University of Massachusetts at Lowell. She held the position of Adjunct Professor of Legal Research and Writing at New England Law, and is a member of the American Bar Association and the Boston Bar Association.

With deep industry knowledge and a reputation for providing exceptional customer service, Greg leads a highly experienced and talented team of title, escrow and underwriting specialists in providing the transactional expertise required to close complex commercial transactions involving a wide range of industries across the country. In addition, he directs the operation’s national business development initiatives for expanding Old Republic’s national commercial footprint.

Prior to joining Old Republic Title, Greg held positions as senior national counsel and area manager of commercial divisions in Chicago and Indianapolis with another major national underwriter. Greg earned his Juris Doctorate from Hasting College of the Law in San Francisco, CA after earning a Bachelor of Arts degree from the University of Redlands in Redlands, CA.

Serving more than 25 years in the industry, Susan brings a wealth of transactional, legal and practical experience to her position. She is responsible for managing and coordinating national commercial transactions across the country, as well as shepherding complex title underwriting and escrow matters for large multi-site, multi-state portfolios and other high liability projects.

Susan is a graduate of the George Washington University School of Law and is a member of both the New Jersey State Bar Association and New York Bar Association.

Lauren is a graduate of Pennsylvania State University and the Dickinson School of Law. She has practiced law for over 20 years, including holding positions in several law firms in New York and Texas, where she represented developers and commercial clients. Lauren is a member of the Texas Bar Association is a requested speaker and presenter for various energy industry programs.

Paul is Senior Vice President, Old Republic National Title Insurance Company (ORNTIC) and serves as an Underwriter and Commercial Closer in the National Commercial Title Services (NCTS) Las Vegas office. In his position, he also manages the NCTS Las Vegas operation and is responsible for directing the full scope of services necessary to close complex transactions for varied commercial industries across the United States.

With more than 40 years of experience in the title insurance business, Paul began his career in northern California as a title operations manager and underwriter. In 1985 he relocated to the Washington, D.C. metropolitan area as an underwriter and commercial closer working for major national title insurers. In 2006 Paul returned to the West and relocated to Las Vegas. He joined Old Republic Title’s NCTS operation there in 2009.

Paul is respected for his deep technical knowledge, prowess with Excel and expertise in training and transaction process management. He is a member of the California Bar Association, and enjoys jogging, spending time with his grandchildren and dining at upscale buffets on the Las Vegas Strip.

Ray joined Old Republic Title in 2016 bringing over 30 years of experience in the commercial title and escrow industry. His unique talents in business development, understanding commercial transactions and anticipating and proactively responding to the needs of customers have positioned the NCTS Los Angeles office as a recognized resource for title and settlement services within the industry.

Ray is a native of Los Angeles where he resides with his family. Known affectionately by many as “Coach”, Ray has given back to the local community and its football program by serving as head coach and liaison for over 14 years. He also served as an appointed Board of Directors member for the program for more than 6 years. Today in his free time, Ray enjoys cooking for his family, listening to podcasts, hiking and riding his Harley Davidson motorcycle.

With a respected career of more than 40 years in the title insurance industry, Richard has participated in the leadership and daily operations of large independent and national title companies. Joining Old Republic Title in conjunction with a 2002 Company merger, he concentrates his efforts and those of his teams on providing superior customer service in closing multi-site, multi-state portfolios, high-liability transactions, and other complex and unique projects in a variety of commercial segments across the United States. Richard is a member of many professional groups and associations.

Mike has a respected breadth of expertise gleaned from the title insurance professions that he has held over the course of his notable career with major regional and national title insurers. His roles have included those of branch manager; senior underwriting; local and regional operations management inclusive of closing and settlement services; UCC insurance services; title operations; and claims administration. Prior to joining Old Republic Title, Mike held the role of Manager and Senior Underwriter in the National Title Division of another major title insurance company where he also started a UCC Division.

Mike’s interests are travel, movies and golf, and he was previously a member of the California Land Title Association (CLTA) Education, Claims Awareness and Legislative Committees.

Stephen has more than 30 years of combined experience in sales, marketing and management, and is the recipient of the prestigious DPK Circle of Excellence Award, the Platinum Circle Sales Award and numerous honors in sales leadership. He is a member of NAIOP, International Council of Shopping Centers (ICSC), Urban Land Institute (ULI), and actively supports Commercial Real Estate Women (CREW). When not at work you can find him spending time with family and enjoying time outdoors four wheeling and camping.

Vanessa serves as the Manager of the National Commercial Title Services (NCTS) Seattle operation and is a Commercial Escrow Officer and Limited Practice Officer (LPO). With over 30 years of diverse experience in the real estate and title industries, Vanessa brings an extensive background in commercial transactions involving single-site and multi-site, multi-state improved and unimproved properties, new development and refinances. She has expertise in specialty transactions including timber land and religious institution projects, site purchases and leases for a global energy company, and the transfer of development rights for multi-industry and county government ventures. Working with Vanessa, Old Republic Title national customers enjoy the benefit of her broad knowledge and consistently outstanding service.

Prior to joining Old Republic, Vanessa most recently served in the title industry as an AVP, Escrow Operations Manager and Limited Practice Officer. In her free time, Vanessa enjoys high performance driving, reading, hiking, skiing, and other outdoor activities.