Mark McElroy, President and CEO of Pavaso®, Old Republic Title’s eClosing technology provider for processing digital real estate and mortgage transactions, has been named Chief Digital Officer for the Old Republic Title Insurance Group and is being appointed Executive Vice President, Old Republic National Title Holding Company. He continues to be based in his Pavaso office in Plano, TX.

With more than 30 years of extensive experience in the technology sector and in-depth knowledge of the title insurance and mortgage settlement services industries, Mark is uniquely qualified to assume this new leadership role as Chief Digital Officer. With his strategic insight, Old Republic Title is positioned to advance our application of technology and business process innovation to remain responsive to our customers’ needs.

In 1993, he moved to implementing leading software in multi-national companies and in 1996 became a partner at a technology consulting company where, as a member of the executive management team, he helped grow that business to $40 million in annual revenues by 2000. In May 2001, along with several other investors, he purchased RamQuest. In 2011, under Mark’s direction, RamQuest began to widen its focus and develop products and services under the Pavaso brand for vertical real estate markets. In 2014, Pavaso launched as its own entity serving the real estate market with Mark as President and CEO. He is a member of the American Land Title Association and the Mortgage Bankers Association.

He can be reached at mmcelroy@pavaso.com. 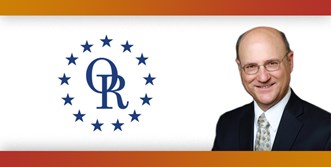 Ted Conner Appointed to Port Tampa Bay Board of Commissioners 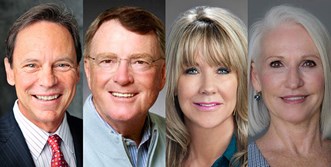